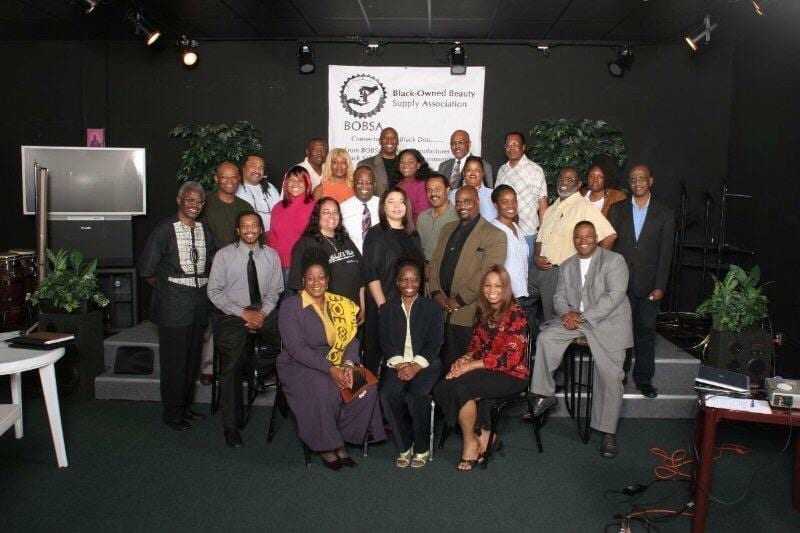 Garret Morgan invented the first chemical hair relaxer in 1909 and named it the GA Morgan Hair Refining Crème. The crème allowed black hair to have a more European look and became an instant success.

In 1929, Samuel B. Fuller started a line of hair care products which were sold door to door on the south side of Chicago. He quickly became one of the most prominent Black businessmen in the city.

George E. Johnson was a production chemist for the S.B. Fuller Company and decided to strike on his own in the 1950’s creating a men’s product called Ultra Wave. In 1957, he started a professional salon line called for women called Ultra Sheen. Johnson products research laboratory became the largest laboratory devoted exclusively to black hair care products.

Black Hair care and cosmetics sales growth has proven to be stable and recession-resistant. A group of Korean immigrants in America discovered the market and began to start black beauty supply stores in areas that were predominantly African American. The near monopoly of Korean owned black beauty supplies began to frustrate African American in the hair care and cosmetics trade merchants in the early 1990’s.

The subject of Black Owned Beauty Supply Stores became a hot-button issue in the black hair care industry as documented in the 2006 film entitled “Black Hair,” by filmmaker Aron Ranen. In 2004, Sam Ennon founded the Black Owned Beauty Supply Association also known as B.O.B.S.A to address the concerns that many black community members expressed worldwide over not being able to buy and sell products in local black beauty supply stores.